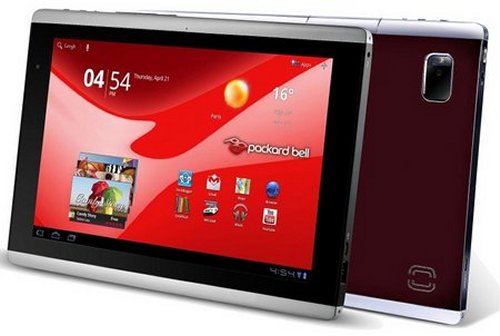 Packard Bell has released the Liberty Android tablet in the UK. This tablet is actually a re-branded version of the Acer Iconia 500. The Packard Bell Liberty packs in the Google Android 3.0 Honeycomb OS and a 10.1-inch (1280 x 800) display.

Other specs include Wi-Fi, Bluetooth, a 5MP rear camera, a 2MP front-facing camera, a dual-core nVidia Tegra 2 processor, and 16GB of internal memory built in. The Packard Bell Liberty is £349.99 or about $570.

END_OF_DOCUMENT_TOKEN_TO_BE_REPLACED
Permalink | Comments |
Posted in Packard Bell by Conner Flynn on May 12th, 2011 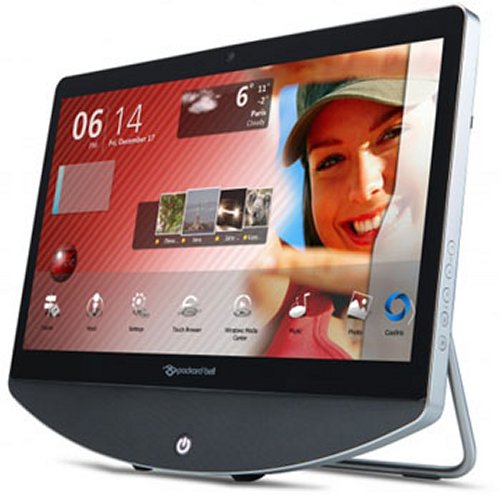 All-in-one’s are great. They look attractive and save space on your desk. Packard Bell has a new AIO of their own for the European market. It goes by the name oneTwo S and features a 20-inch touchscreen display, and an Intel (2nd-gen Core) or AMD (up to Phenom II X6) processor.

There’s also an NVIDIA GeForce or AMD Radeon HD graphics card, a 2.0-megapixel webcam, optical drive and an optional TV tuner. The oneTwo S ships later this month for a base price of 499 Euro (about $710). 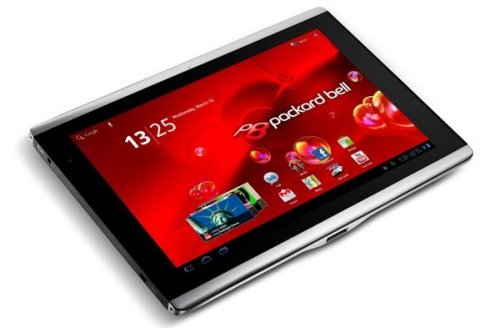 Packard Bell has debuted the patriotic sounding Liberty Tab. Think of it as its own version of Acer’s Iconia Tab A500. The biggest difference between the two is simply the name itself. It has the same style, it sports a 10-inch screen, a Tegra 2 processor, dual cameras, and the Honeycomb OS.

Looks like this one will be arriving in Europe this June, pricing will depend on what country you call home. The question is, will you be buying one? Will you? Let us know in the comments below. 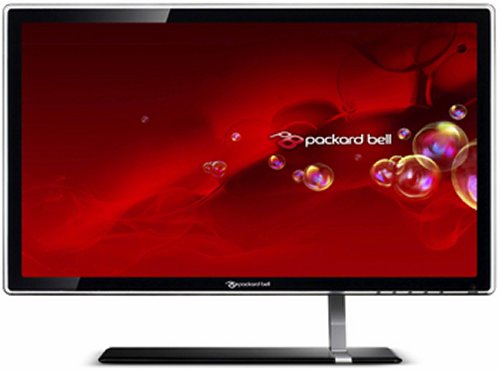 Packard Bell never rests. Now they have unveiled their latest and greatest? LED monitor, the Maestro 230. As you can see in the image, it displays bubbles super well. This 23-inch W-LED backlight monitor supports a native resolution of 1920 x 1080 pixels and provides a 12,000,000:1 dynamic contrast ratio. 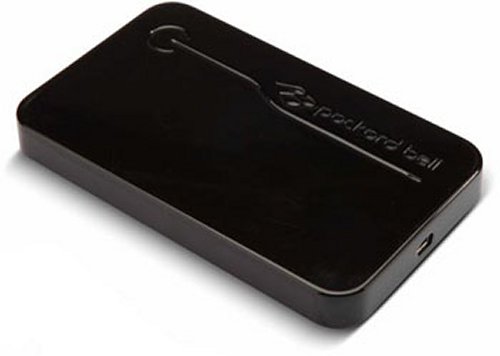 Packard Bell has outed their first line of USB 3.0 external hard drives, the PB Go. These drives come in 320GB, 500GB and 750GB sizes and the 2.5-inch hard drives feature a sleek black coating. So they look pretty much like everyone elses.

They also feature the superfast USB 3.0 interface, a 5400 RPM spindle speed and they come bundled with the Packard Bell Software Suite. Prices starts at about $96. 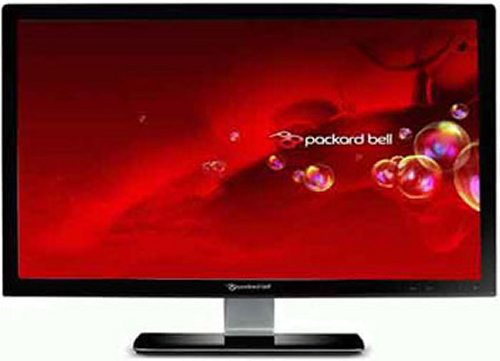 These monitors are also Energy Star 5.0 certified which is great for your wallet and the environment. They also have both DVI and HDMI connectors. Nothing on pricing and availability yet, but hopefully we will know soon. 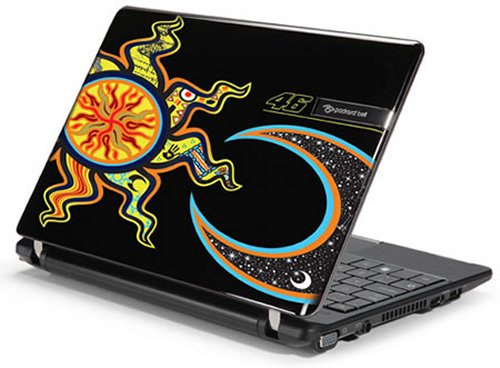 Packard Bell has a new theme for their new dot laptops. The Valentino Rossi edition will offer up some style on the outside.There are no details on specs, but the laptop may have an Intel CULV processor, GMA 4500MHD graphics and maybe a terabyte or more.

That’s all guesswork, but the design actually looks stylish. This one might just appeal to both sexes. Apparently Rossi is an Italian motorcycle racer or something. All you really need to know is that it’s pretty and you want it. 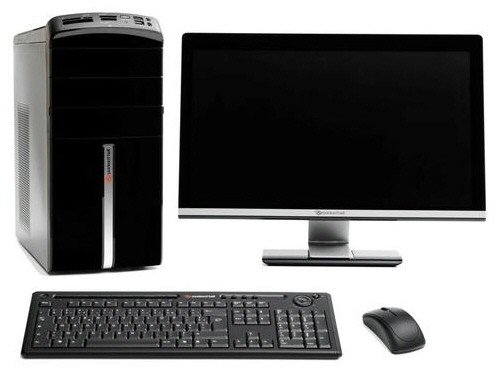 Packard Bell has rolled out its updated higher-end “ixtreme” desktop, which gets a spec boost and a sexier look. The sleek design is nice for Packard Bell, but the specs are even sexier. They include your choice of Core i7, Core 2 Quad, or AMD Phenom II X4 processors, up to 12GB of DDR3 memory, a max 3TB of storage space, your choice of NVIDIA graphics options (including the 1GB GeForce GTS 250), an optional Blu-ray combo drive, and ten USB ports.

Nothing on a release here in the states, but those in the UK will be able to get one this month starting at £599. 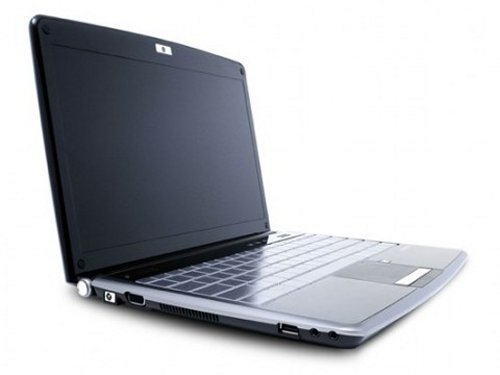 Today Packard Bell announced that they will soon be releasing the Acer supplied EasyNote Butterfly. It’s just a bit too large to qualify as a netbook, measuring in at 13.4-inches and it features a LED-backlit display. Some other specs include an Intel Ultra Low Voltage processor, a multitouch trackpad and ATI Mobility Radeon HD4330 graphics.

Some optional features include 3G and a choice between a standard hard drive or a solid-state drive. It should be pretty useful with eight-hours of battery life. No word on when exactly it will be released or how much it will cost, but it looks like this will be for Europe. 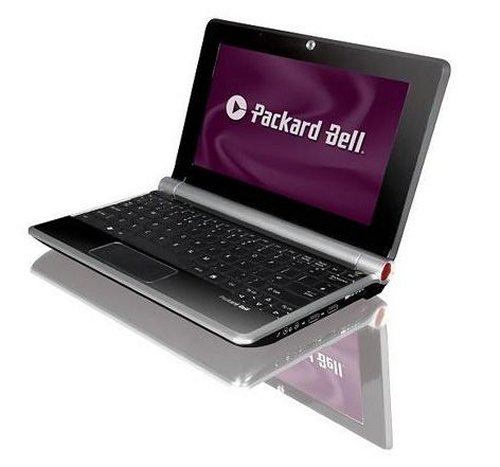 Packard Bell gets into the netbook arena, with the dot. According to a company spokesman, the netbook is aimed less at the business user and more toward families. Features Intel’s 1.6GHz Atom, 1GB of RAM and an 8.9-inch display running at 1024 x 600, and a 160GB hard-drive. It also sports a built-in webcam, 6-cell battery, three USB 2.0 ports, one VGA, microphone and headphone ports, and a 5-in-1 multicard reader. In fact, it’s alot the Acer Aspire One. It will be available in Europe in November, priced around $584, with Windows XP Home. 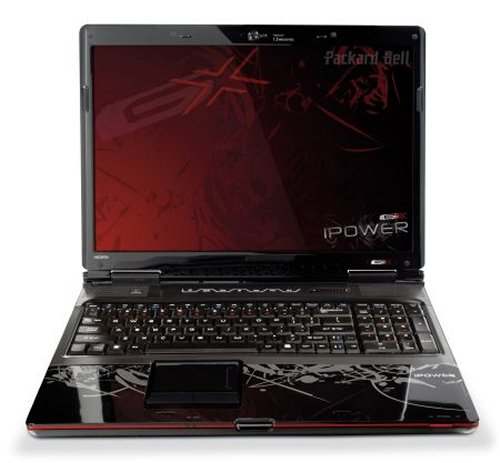