Posted in Health by Darrin Olson on February 1st, 2008 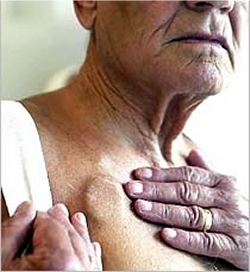 A recent study conducted by the FDA showed that contrary to previous reported studies involving iPod media players and cardiac pacemakers, Apple’s iPod players do not affect the heart beat regulators. We brought you news on a study of iPods and pacemakers last May by a high school student (along with help from local cardiologists) showing that 50% of the subjects studied showed interference in their pacemaker while holding an iPod within two inches for 5-10 seconds.

The recent study by the FDA was published Friday on BioMedical Engineering Online with tests concluding that the iPods did not produce enough of an electromagnetic field to cause any interference with a pacemaker. The study used four different models of the iPod: an iPod Shuffle, iPod nano, iPod with video and a fourth generation iPod. When the iPods were held a distance of 10 mm from a 3-coil sensor a peak strength of only 0.2 millionth of a Tesla was detected. This value would need to be hundreds of times larger to cause interference with a pacemaker, according to the study.