Posted in BlackBerry by Conner Flynn on July 16th, 2009 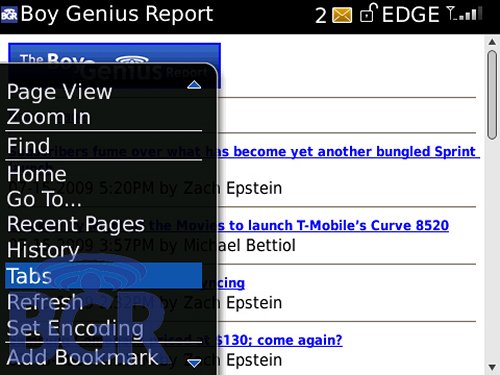 Life got much easier with the advent of tabbed browsing for desktop browsers. It’s something we take for granted, but how great is it that we don’t have to open up a bunch of windows on our computers? It would be great if you could do this on your BlackBerry.

Well, RIM is all set to introduce a similar feature in their upcoming operating system, the BlackBerry OS 5.0. In fact RIM has been working on getting tabbed browsing right since around 2007, so let’s hope they’ve finally nailed it. We’re hoping that it doesn’t affect BlackBerry speeds very much.