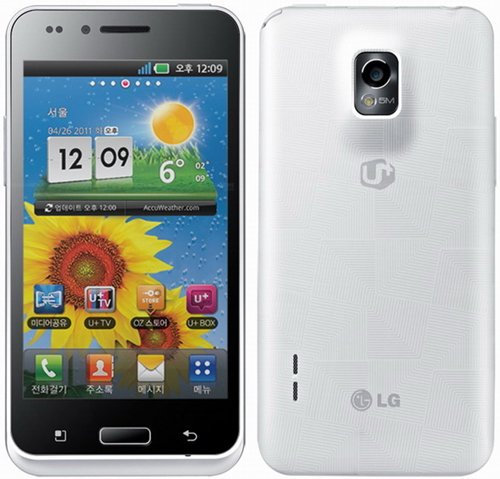 After rumors in March about the LG Optimus Big smartphone, LG has just officially introduced the new phone in South Korea. It also appeared in a photo alongside an Apple iPhone, which showed off its “big” status, so the LG Optimus Big has been confirmed as real, with the name LU6800.

Features include a dual-core 1GHz processor, 4.3 inch WVGA display, 5-megapixel autofocus camera, and Android 2.2 OS, which is likely upgradable to Gingerbread. No word yet on if we can expect this device in the US yet. 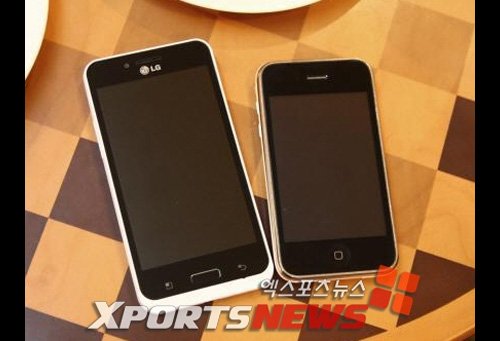 Some leaked images and specs of an upcoming LG handset have been leaked. The handset will feature the same Nova display as the current Optimus Black, but at a larger 4.3 inches. That’s why the phone is being called the LG Optimus Big.

It’s expected to launch at Korea’s U+ provider in April. Some of the leaked specs include a 1GHz single-core CPU and a T-DMB TV tuner, which allows watching over-the-air TV broadcasts. That last feature insures that the handset won’t be coming to other markets. At least not without some major changes.