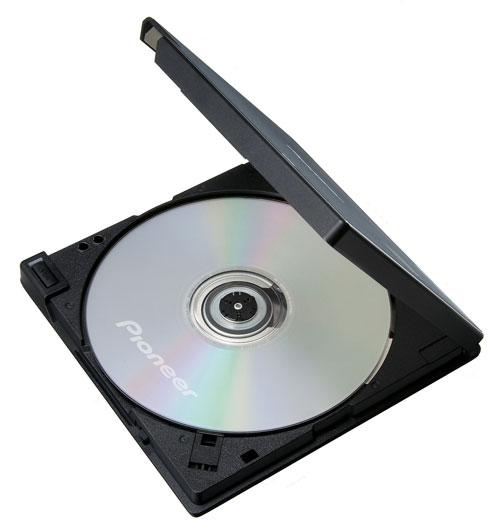 The thing I dislike the most about using my netbook when I travel is that on many occasions when I am working I need an optical drive. My netbook and 99% of all others on the market lack an optical drive. The only option is to use an external drive, but most of those are too large and heavy.

Pioneer has announced a new external DVD/CD burner that it aimed at users of netbooks and other computers that lack optical drives called the DVR-XD09. The tiny drive looks more like a CD case than an optical drive.

I remember when Blu-ray drives for computers first starting coming to the market. The internal drives were over $1000 to purchase making them far too expensive for most of the people interested in them to afford. Thankfully, as things happen in the technology industry, prices have dropped significantly today.

Pioneer has announced a new Blu-ray writer called the BDR-2203 that can burn dual-layer Blu-ray discs at 8x speeds. The best part is that the internal optical drive retails for $249.99, about a quarter of what Blu-ray drives sold for not so long ago.

It connects and is powered through a single standard USB cable that’s built into the drive so the MacBook Air will power the SuperDrive both when plugged in and when on batteries. The slot-loading SuperDrive is not much bigger than a CD case at 5.47 x 5.47 x 0.67 inches, and weighs 1.09 pounds. It also has some decent speeds with writing CD-Rs at 24x and double-layer DVDs at 4x.