Posted in Browsers by Darrin Olson on November 25th, 2008 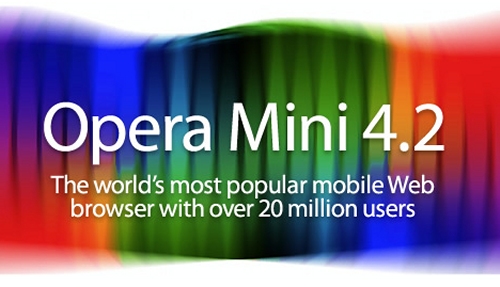 Opera on Tuesday has announced the final release of the latest and greatest version of its mobile browser, Opera Mini 4.2. We saw the 4.2 version go into beta release only earlier this month sporting some new features including skins, additional servers and faster performance, video and Notes sync.

The final v4.2 release that we downloaded today appears to be very similar, if not exactly the same, as the beta version we got a couple of weeks ago. Opera boasts increased speed of as much as 30 percent, support for multiple languages, the ability to skin the browser to match your preference and of course the ability to play mobile-targeted YouTube videos (provided you have a newer Sony Ericsson or Nokia phone, for now). Users can also sync up notes between the mobile browser and the Opera desktop browser with Opera Link. 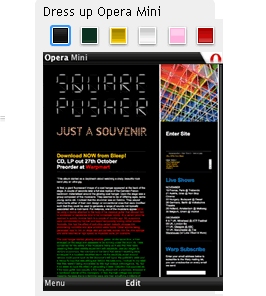 Opera has a beta version of the latest Opera Mini browser for mobile devices, boasting some cool new features for on the go, and faster connections for those in the Americas. For starters, Opera Mini 4.2 beta has brought back the skinning features from version 3, allowing a little customization to look of the browser. Users of the newest version of this browser who also have select phones such as a new Sony Ericsson or Nokia might also have some luck getting YouTube to run on it as well.

The new 4.2 browser will also make use of the new servers available in the U.S., making browsing faster for those in the Americas and Asia-Pacific areas. Opera says this will make things faster for those in other parts of the world as well since the new servers will off-load some work from the existing servers. Opera 4.2 also has a feature to sync your notes to your Opera Desktop with Opera Link. 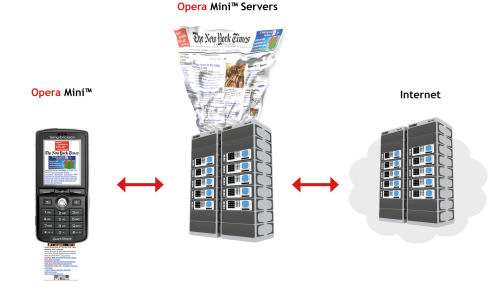 Opera has released the Opera 4 Mini Beta browser for non-smartphones to be able to surf the internet seeing pages how they are and not distorted or requiring special “mobile” web pages. Users can download the browser now for free and follow the instructions on your phone to get it installed. There is also an Opera Mini 4 Beta for Palm and Blackberry devices that require a manual installation.

The Opera Mini 4 works by gathering pages through the Opera servers and “shrinking” them down to be viewed in full with their original format on your mobile phone. The new browser comes with a number of cool features to make navigating the web and individual pages easier for phones without a lot of extra controls for navigation.