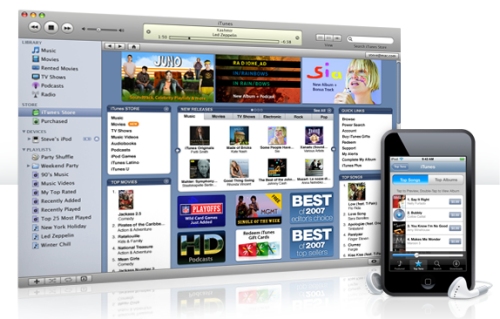 Apple is touting themselves as the world’s largest online music retailer and these numbers are tough to argue with. As of Thursday the company announced that iTunes has reached the 5 billion mark and beyond for the number of online song downloads since their launch in 2003. It seems like it was only a year ago that they reached the 3 billion mark. In fact it was not quite a year go last July when they announced they had reached 3 billion downloaded songs.

To get an idea of just how many songs that is, customers had to have downloaded a little over 2.5 million songs per day on average since the site launched. In reality 2 billion of these were done in just the last 10 months, making it over 6 million per day for the past year.