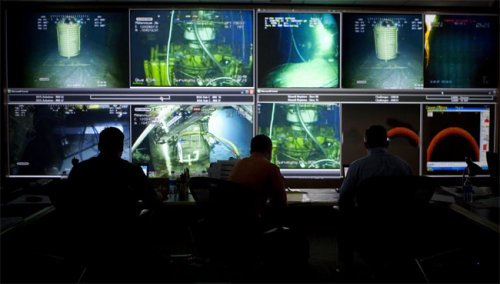 In addition to all of the other lies that BP has been caught telling, now they have been exposed for posting a Photoshopped image of their Oil Crisis Command Center on the main BP website. The original image posted by BP which has now been removed, looks legitimate at first glance. But upon closer examination, it is obviously a very poor cut and paste job.

A spokesman for BP said that there was nothing sinister in the photo alteration and provided the original unaltered version. He said that a photographer working for the company had inserted the three images in spots where the video screens were blank.