Posted in Samsung by Shane McGlaun on November 25th, 2009 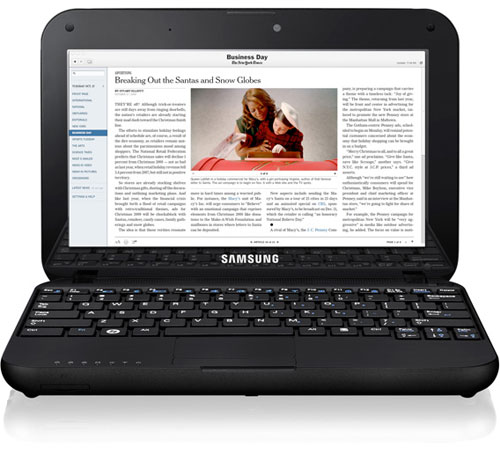 The economy has been very hard on traditional print publications like magazines and newspapers. Shrinking subscriber numbers, increased costs, and less advertising have all conspired to drive more than one publication out of the black. Even large papers like The New York Times are looking to new methods to distribute their paper.

The NYT has a digital version of its paper called the Times Reader 2.0. The digital version looks much like the real paper and can be accessed via a computer or netbook. The big catch is that the service is a whopping $179.40 for a year.