Posted in Nintendo by Shane McGlaun on January 16th, 2009 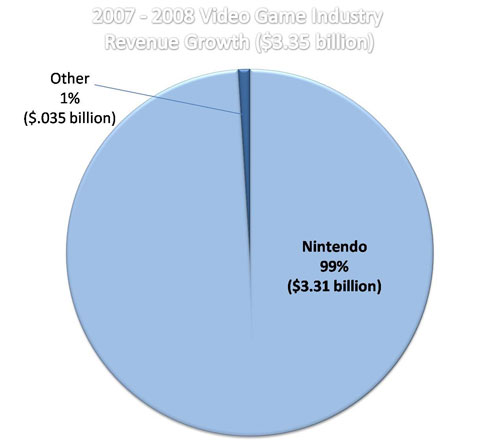 In my home, we have a Wii, Xbox, and PS3 so most of my son’s friends end up over here playing video games after school. The one console that all of them were hoping for last Christmas was the Wii. It seems they weren’t alone in their dreams of a Wii.

Nintendo is talking up the numbers just released by the NPD Group that talk about the gaming market in 2008. According to NPD, the Nintendo Wii and DS game systems were the most popular systems, by a long way, during 2008. 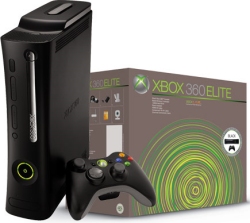 September games sales actually showed the first decline since March of 2006 according to the NPD Group, however things are still not looking too tough for the gaming industry. September of 2007 saw a huge hike in sales due to the release of Halo 3 which is contrasted by slightly lower sales this last September of 2008.

The drop is sales was not the only change of events for September, either. Due to the price cut of the Xbox 360 models, Microsoft saw a significantly noticeable boost in sales for its console from 195k units sold in August, to 347k units sold in September of this year, bringing it ahead of Sony’s PS3. Microsoft dropped the price to $50 less than the Wii and half of what the PS3 costs, making it the least expensive current-generation game console on the market.