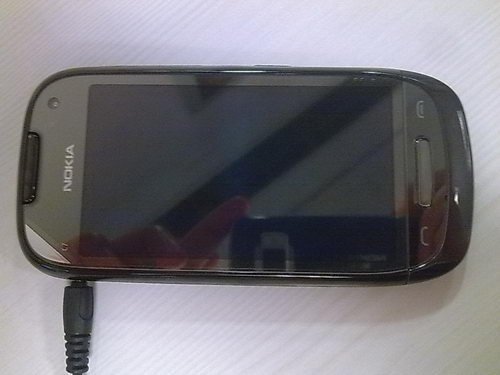 Some new images of the upcoming Nokia C7 have leaked, giving us a decent look at this Nokia device. We still don’t have details, but we hear that it will feature an 8-megapixel camera with dual-flash.

Some other likely specs include a 3.5-inch capacitive touchscreen display, face detection, multi-touch display, stereo speakers and this device could just be powered by the Symbian^3 OS. We have no idea if this will be a hit when released, but judging by the picture, it looks pretty interesting.