Posted in Nintendo DSi by Conner Flynn on June 8th, 2010

We know that Japan has some new colors for its DSi XL, but we weren’t sure if we would be getting any new colors here in the States. Well, it looks like we are and that color is Midnight Blue. I know, it’s very underwhelming isn’t it?

In Japan they are getting yellow, blue and green, but apparently we just get this blue version, which leaves us feeling blue too. when it’s released in July. 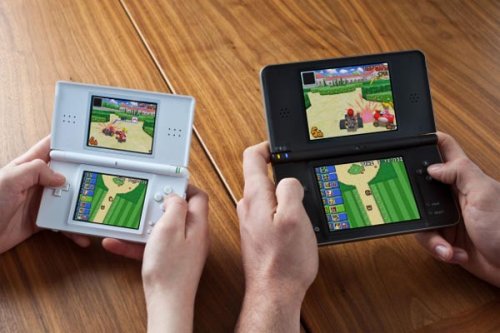 The new Nintendo DSI was launched in Japan in October, where it was called the DSI LL. Well, it will be available in the UK and Europe from the 5th of March onwards, and will be called the Nintendo DSI XL.

The Nintendo DSI XL boasts two 4.2 inch screens, which are 93% bigger than the screens on the current Nintendo DSI Lite, and of course it also comes with a larger stylus to accompany that screen space. The DSI XL also features a wider viewing angle, and comes pre-loaded with “Dictionary 6 in 1 with Camera Function” and “Dr Kawashima’s: Little Bit of Brain Training: Arts Edition”. 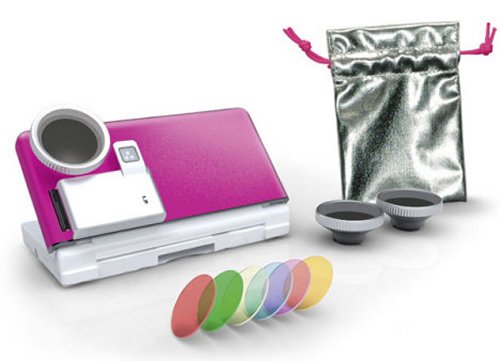 Everyone knows that as soon as you get a DSi you have to become a professional photographer, since the camera on the DSi is so great and all. So get yourself this DSi Studio Kit that allows you to add removable flash, wide angle, macro and telephone lens attachments.

There’s also a set of color filters so you can create visual effects. Judging by the design and colors, this is aimed at young girls, but what do you care. You’re the guy taking pics with a DSi. 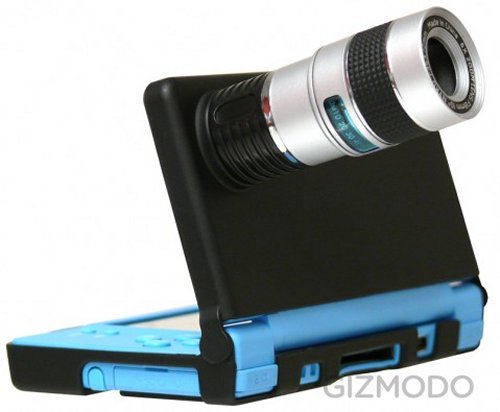 We’ve been seeing a lot of hype about Nyko’s optical Zoom Case for the Nintendo DSi around the blogosphere over the last few days. What gives guys? The ‘Brick covered this one back in June. I guess the release of the larger DSi has them all freaked out.

We still aren’t sure who would want an 8x optical zoom for their DSi, but hey, at $25 it allows your handheld to get all “mine’s bigger than yours”.

END_OF_DOCUMENT_TOKEN_TO_BE_REPLACED
Permalink | Comments |
Posted in Nintendo DSi by Conner Flynn on May 25th, 2009 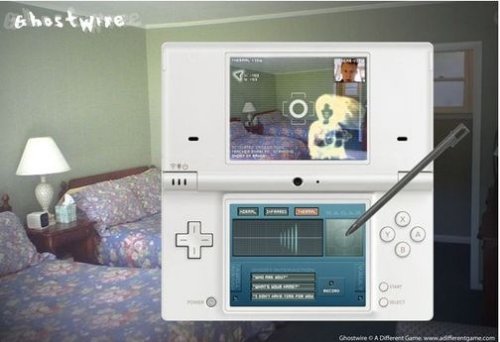 Sweden-based development studio A Different Game has apparently been watching too many Ghost Hunters episodes. I thought everyone knew that show was fake by now. They pull the same scams every week. Anyway, looks like the company is preparing Ghostwire, which is a game that uses your Nintendo DSi to hunt down spirits in real life.

No, I’m serious. You too can be a ghostbuster using the Nintendo DSi’s camera, microphone, and touch-screen. The idea is that players will locate ghosts in real-world places and figure out what those ghosts need to be at peace. 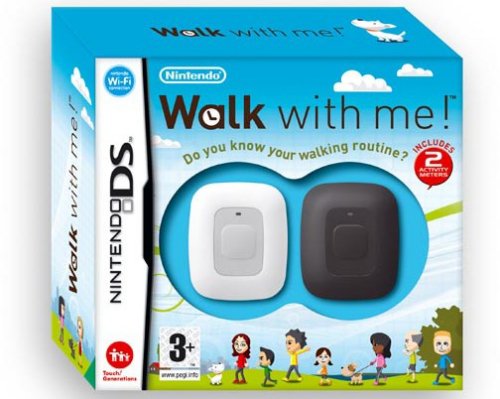 The Nintendo DSi just launched and already we can show you some hardware to buy for the new handheld. The folks over at Joystiq sat down with David Young, the assistant PR manager for Nintendo of America. Mr. Young said that DSi interaction with the Wii was “certainly a possibility,” but he didn’t say anything else on the matter.

He did let one thing out of the bag though. That the DSi will soon be interacting with some new peripherals in the form of a pair of pedometers that will ship with the Personal Trainer: Walking title. Apparently the devices connect wirelessly with the console. The game will be the first title where you can import a Mii character from the Wii. You can even attach one of the pedometers to your dog if you like, to gauge it’s exercise habits/needs.

We mentioned last week that the DSi was available for pre-order at both Amazon.com and GameStop. This week Walmart.com announced that it too was offering a preorder system for gamers looking to get a DSi console. 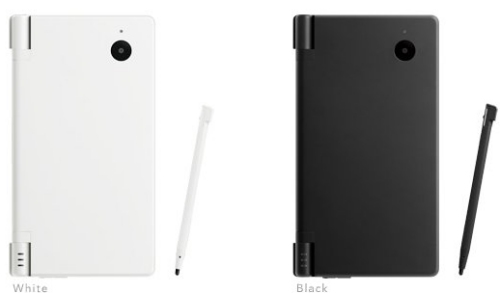 After numerous information leaks about an updated version of the DS, Nintendo has now officially announced the release of the Nintendo DSi. The DSi, is the third iteration of the handheld game console and the company has managed to pack even more features into the device while even making it slightly smaller.

The new DSi looks very similar to the DS Lite with the same clamshell design and dual screens but the chasis is about 2.6mm thinner. They’ve also made the dual screens a little larger, bringing them from 3 inches to 3.25 inches, but that’s those aren’t the most interesting features of this new handheld console.