Posted in Automotive by Conner Flynn on May 29th, 2008 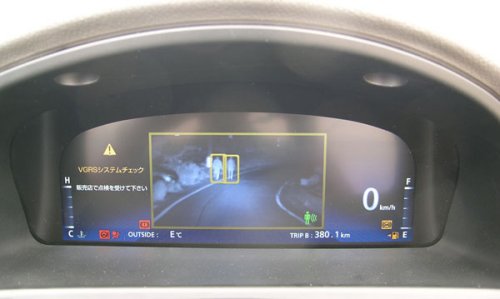 Toyota has a new take on night view in their Crown Hybrid luxury sedan. Previous attempts had images displayed directly on the windshield, while the new one uses LCD in the dashboard, where the speedometer and other details can be found. One of the most interesting features is their pedestrian recognition system.

It almost looks like some sort of Predator vision, which is weird for something designed to keep humans safe and not have them be killed. The system only currently works at speeds below 60 kph, but they are apparently working on ways to spot bicycles and animals. They neglected to say whether they were also working on a way to spot animals ON bicycles. That’s something I’d be interested in. I had some close calls.