Posted in Mobile Phones by Conner Flynn on May 29th, 2011 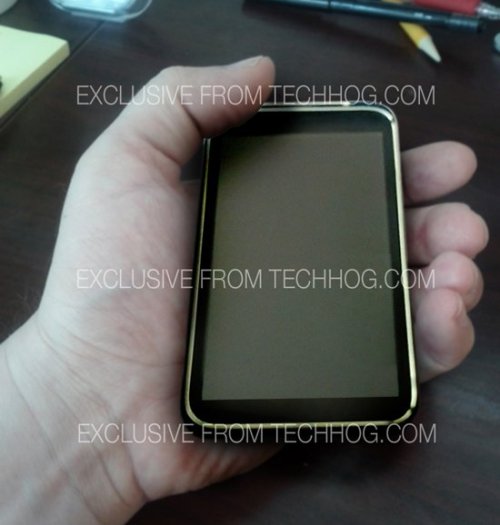 Rumor is that Google has been working on a new Nexus handset and now we may have a brief glimpse at it thanks to folks at TechHog who have a photograph that is supposed to be a prototype of the Nexus 3. The phone is apparently being manufactured by HTC.

It has a front facing camera, and is being tested on HSPA+ and Sprint CDMA networks. So it looks like Google will launch the phone on Sprint since the carrier has been working with Google on Google Voice and Google Wallet. Other than that, we know nothing little else. However Techhog was asked to remove the images and info, so that pretty much confirms things.