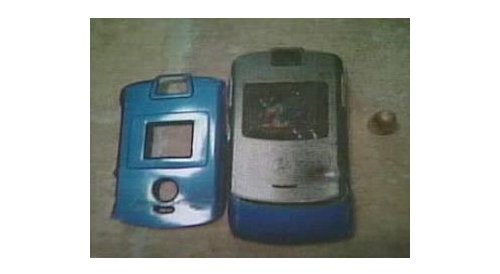 Man with two first names and New Orleans resident, Ronald Richard was minding his own business, mowing the lawn when he felt a hard object hit him in the chest. In the exact spot where he had his Motorola RAZR. Richard later took off his sweater and discovered the .45-caliber slug. His phone had taken a bullet for him.

According to paramedics, the angle of the bullet and the cellphone made all the difference. Otherwise he would be dead or seriously injured. The interesting part is that Richard normally clips his cell phone to the hip pocket of his overalls. On that day he hooked it to the chest area of the overalls just over his heart. So, does he owe his life more to his overalls or his phone?