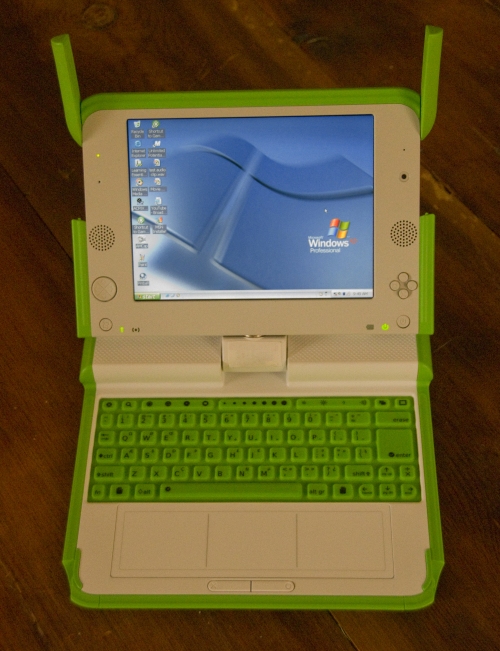 After much speculation and concern Microsoft has put out official word that the OLPC XO laptop will be made available with the Windows XP operation system. Nicholas Negroponte has been trying to work with Bill Gates and Microsoft for years to get the Windows OS for the laptop, but Microsoft had been reluctant due to the rival Linux OS running on the machine.

The writing was on the wall when Microsoft announced that they were going to keep the XP operating system around a little longer for use with Ultra Low Cost PC’s. Microsoft made a custom version of the OS for use with the XO laptop to work with its hardware. The laptop is expected to start shipping in late summer or early fall with the ability to dual boot with both Linux and Windows XP, letting the owner decide. 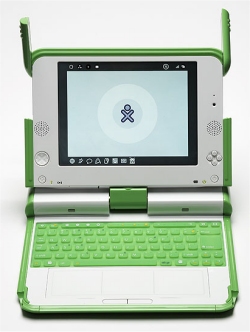 The One Laptop Per Child (OLPC) has announced they are launching OLPC America and will be offering Nicholas Negroponte’s “$100 laptop” to needy students here in the United States. Negroponte stated the reasoning for launching the laptops, which were originally intended for children in developing nations, in the U.S. is party due to building “critical mass” and getting some more momentum and production volume going. He also said the goal was to proved education for U.S. children, communication with kids in other countries. “To have the United Sates be the only country that’s not in the OLPC agenda would be kind of ridiculous,” Negroponte said.

The OLPC has been in the news quite a bit over this past year. The original goal was to provide a $100 laptop for children in poor, developing countries, helping their education, communication and understanding of current technologies. The program has met a number of “bumps” along the way, mostly with the production numbers. In order to obtain a $100 price tag Negroponte needed to have large orders of the XO laptop, targeting the governments of many developing countries. To date the orders from these countries have been limited and have kept the price well above the $100 mark. The OLPC has also be working with partners such as Microsoft with rumors of a dual-boot system that would be able to run Windows which has not yet come to fruition. They also had partnered with Intel on development of the XO, in which Intel has recently withdrawn. 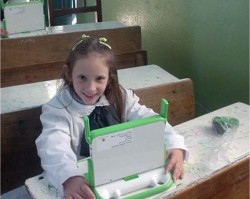 In an effort to spur some sales of Nicholas Negroponte’s $100 XO laptop (now selling for $188 each), the OLPC is offering the low-cost notebooks to consumers in the U.S. and Canada in a “Give One, Get One” program. The program will run for only two weeks from November 12 to November 26 and will offer the XO laptop for $400 each with proceeds of each sale going to provide a XO laptop for the children of a poor country.

According to Negroponte, the donated laptops will help trigger more sales of the laptops to different countries who are now considering a purchase. The first 25,000 people that purchase an XO laptop can expect delivery before Christmas with the rest of the orders likely arriving around January. The limited time offer is partly due to tax reasons but also to create some excitement around the promotion. The hope is that most will be motivated to purchase an XO laptop with intention of giving one more than getting one. 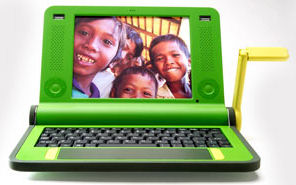 The One Laptop per Child (OLPC) project head Nicholas Negroponte has announced the the OLPC laptops have had a price increase and may not start actual production until October.

The OLPC machines were previously touted for the very inexpensive price of $100 each, but now Negroponte is saying that the price of the machines may be as much as $175 each due to increased prices in materials, including nickel in particular.

The actual production of the OLPC laptops may be delayed, as well. In order for production to begin orders of around 3 million laptops must be in place, and despite interest from multiple countries an order of 1 million back in February, they are still not quite to their goal in order for Quanta to begin production. Quanta Computer out of Taiwan has agreed to assembly the OLPC laptops … 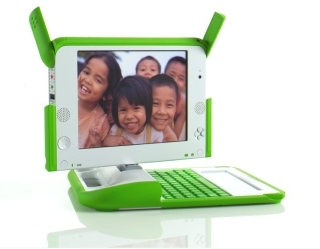 Earlier this week Slippery Brick reported on the XO laptop and the One Laptop per Child (OLPC) organization, stating reports that the company planned on making the XO laptop commercially available for as little as $100 USD. According to Nicholas Negroponte, founder of the OLPC, making the XO laptops available to the public is not in the plans for this year, but may be in the future.

This doesn’t necessarily mean that you couldn’t buy one on Ebay from a kid in Uruguay for under $100, but it does mean that OLPC is not planning on selling you one, at least not any time real soon.

“Contrary to recent reports, One Laptop per Child is not planning a consumer version of its current XO laptop, designed for …

The One Laptop Per Child (OLPC) Initiative unveiled it’s XO laptop, the initiatives first industrial prototype at the Consumer Electronics Show in Las Vegas this week.

The laptop is designed to be used with very little power, and can run on less than three watts to browse the internet and only one watt to display an electronic book, compared to the 40 watts necessary to power a typical laptop. The XO Laptop from OLPC has a battery charger built into the machine that runs by pulling a cord to recharge the battery. “Power was obviously our main concern,” said Michalis Bletsas, OLPC’s chief connectivity officer, at the unveiling in Las Vegas.

Network connections happen wirelessly through a new “mesh” technology that will connect to any other XO laptop within 600 meters, or any mesh network within range. The screens come in color …