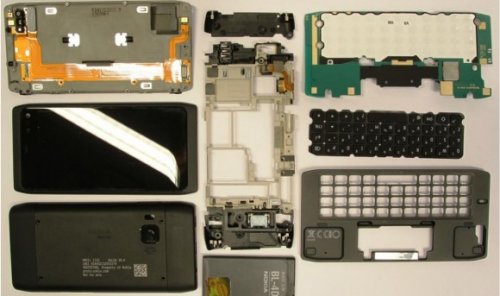 Looks like the FCC has already torn apart Nokia’s new MeeGo development phone. And it looks like the rumors of watered-down N9 specs are true, except for a 12-megapixel camera, which is a nice addition.

The N950’s official specs list an 8-megapixel camera, so this is certainly a bonus. And the N950 obviously has a slide-out QWERTY keyboard. The non-user-accessible BL-4D battery is lower capacity than the N9, at 1,320 mAh.