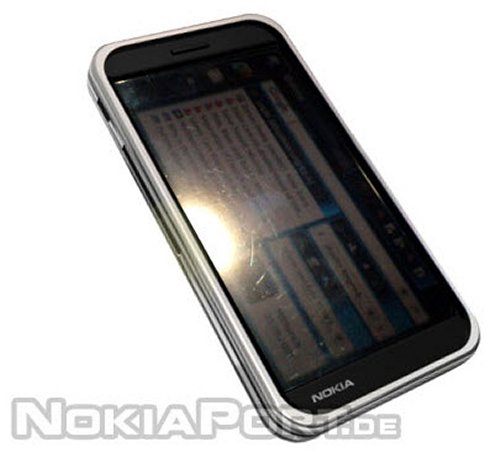 The Nokia N900 might have just been released, but hot on its heels is its successor, the Nokia N920 Internet Tablet. It showed up at the Nokiaport.de forums.

The photo appears to be real and we know that the device will feature a 4.13″ capacitive touchscreen display in a thin body. And yes, no sign of a physical keyboard. We don’t have any info on its release date, but don’t expect it for awhile. We will likely see it at Mobile World Congress 2010.