Posted in Handheld Entertainmnet by Shane McGlaun on January 6th, 2010 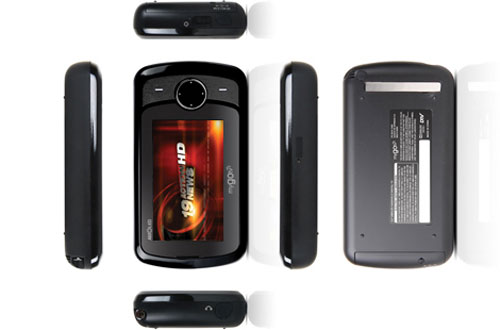 I can see the appeal of watching TV wherever you are. I have been bored more than once while waiting for an appointment or riding in a car and wished I had something to do. A company called IDTV has announced a new portable TV at CES that would do the trick.

The device is the MyGoTV and it has a 3.4-inch AMOLED screen that promises better viewing that LCD screens of similar size. The screen claims to be 1.5 times brighter than the average LCD. The little TV sells for $169 and has an AC and DC power adapter.