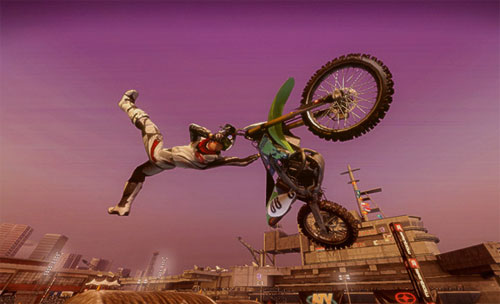 I have played most all of the MX vs. ATV games that have been launched for the PS2 and PS3 game consoles over the years. My favorite was the most recent PS3 version MX vs. ATV Unleashed. The game offers good graphics and fun game play.

THQ has announced that the next installment in the franchise will be hitting store shelves just in time for the 2009 holiday season. The game will be called MX vs. ATV Reflex and offers a new control system and physics engine. The control system allows players to control steering and rider body position independently.