Posted in Nokia by Shane McGlaun on February 17th, 2009 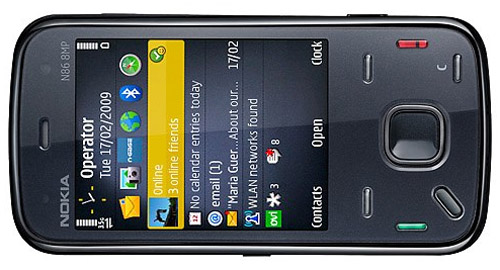 Most camera phone users can agree that the camera is simply not good on the bulk of the devices out there. Even the class leading iPhone has a bad camera that has poor low light performance and is useless as a real camera.

Nokia has officially announced its latest camera phone at MWC 2009 called the Nokia N86 8MP. As you can gather from the name, the handset has an 8-megapixel camera that uses Carl Zeiss optics with built-in flash. Nokia says the camera performs as well as a normal digital camera.