Posted in Robots by Conner Flynn on November 6th, 2009 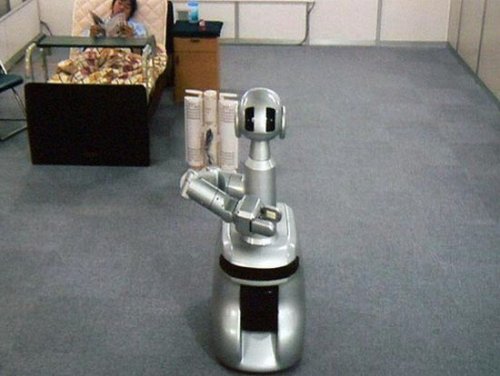 It’s time for the weekly robot roundup. So what have we been doing this week over at Botropolis? Keeping our eyes on all of the usual robot slaves, of course. It’s only a matter of time until they themselves become our masters and have us fetching beers and opening doors. We will be their meat-machines. When we break down, they will surgically repair us with parts from other humans, even allowing us to cheat death, until we become Zombies. At which point we will inherit the Earth once again, this time moaning and groaning and suffering their head-shots. Ain’t life awesome?

Terminator head in a box.