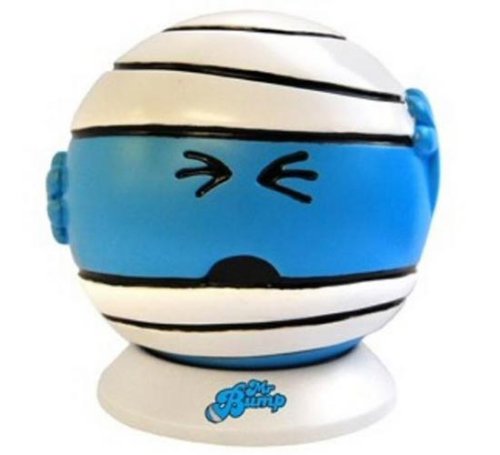 If you hate getting up in the morning(Don’t we all?) then this alarm clock is for you. The Mr Bump Alarm Clock may look like a South Park character, but he’s actually from the Mr Men series of children’s books. Apparently he bumps into things a lot.

As soon as the Mr Bump Alarm Clock goes off, just pick him up and throw him against the wall, and the alarm will stop. But hey that’s true of most alarm clocks if you throw it hard enough. Just $15.