Posted in Creative by Conner Flynn on February 22nd, 2009 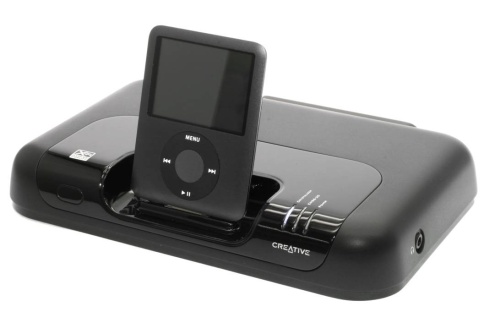 It’s been awhile since creative has introduced a new iPod dock. At CES 2008, Creative unveiled a new HD docking station for iPods called the Xdock HD. It was capable of outputting video in 1080 and sending X-Fi quality sound to other wireless receivers around your house. We never heard anything official about it since.Now they’ve quietly released a fresh one in the Cambridge Soundworks line called MovieWorks HD. It appears to be the exact same device.

It does the usual, outputting iPod video and audio via HDMI onto your TV or sound system. According to Creative, this is the only one with it’s Xtreme Fidelity, X-Fi Crystallize and X-Fi CMSS-3D technology.