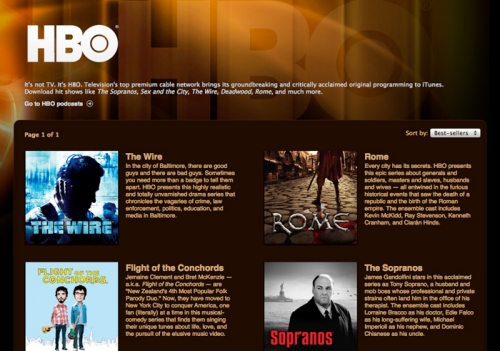 iTunes has officially started offering HBO series episodes available for download online through iTunes. This is a welcome announcement for many who would love to get episodes of the Sopranos, The Wire and Flight of the Conchords onto their PMP’s, but it comes at a price.

The price is actually what makes this announcement most interesting. Apple, who seems to have previously been with the belief that all series shows are priced equally, seems to have made a concession with HBO. The series episodes of the Sopranos is priced at $2.99 each, which is a whole dollar more than the usual $1.99 rate for a TV show.