Posted in Concepts by Conner Flynn on April 10th, 2009 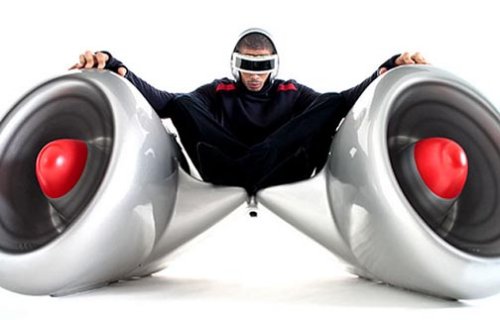 Why park your afterburners in an ordinary chair when you can sit still and look like you are flying in this thing? In case it wasn’t obvious, designer Gianni Pedone based the Morfojet chair on a pair of jet turbines.

It doesn’t just look sweet, the Morfojet also has a built-in CD player and speakers. It’s so awesome that a pair of aviator goggles should be required just to sit in it. When you’ve got turbines as arm rests, that says power. But why did they not put giant speakers in the turbines? That would have completed it nicely.