One of the coolest things to read about for gadget and technology fans is the gear we will be using in the future. You only have to look at the huge interest that the iPhone 3G S generated before it was officially announced to see that future products are very popular.

Intel held its Research@Intel day yesterday and unveiled some of the projects that the chipmaker is working on in its labs. One of the things covered was the platform power manager, a key technology behind the Moorestown platform and an integral component of the Atom processor that will end up in MIDs and smartphones. 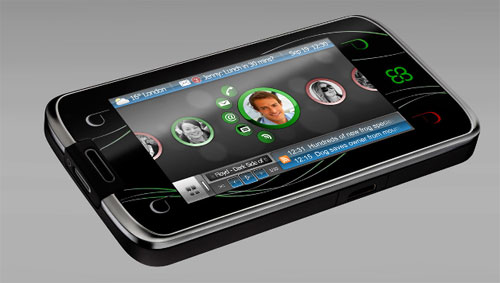 MIDs and mobile phones are growing in capability and performance all the time. Intel launched its Moorestown MID platform not so long ago that promises higher performance computing in portable devices with low power consumption.

At Computex this week Elektrobit (EB) has unveiled a reference design for a MID that is built on the Intel Moorestown platform. The design is targeting wireless and PC OEMs looking for a MID design that can be customized to meet their needs.