Posted in Nokia by Shane McGlaun on July 6th, 2010 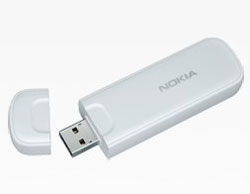 Nokia may be the largest maker of mobile phones in the world, but most of the devices it sells are low-end handsets with little profit. Nokia wants a bigger part of the lucrative smartphone market and is making moves to concentrate more on its core offerings.

To do this Nokia has announced that it is selling its LTE, HSPA, and GSM modem operations to Renesas Electronics. The company has been licensing the Nokia modem tech since 2009.

Mac users have some good news today. Clear has announced some 4G networking hardware with a focus on Macs. The Sierra Wireless-made 4G+ Mobile USB is its first dual 3G and 4G modem that supports Macs and gives them an EVDO data connection fallback when 4G coverage is poor or non-existent. It will work with Mac OS X Leopard or later and will cost $115 outright or $6 a month.

The Spot 4G is a 4G-only mobile router for those who like to stay in Clear’s coverage. It shares WiMAX with up to eight other devices over W-Fi. The Spot 4G+ is just a rebranding of Sprint’s Overdrive with a 3G option and up to five devices sharing the network.

Huawei‘s E398 triple-mode modem is the first triple-mode LTE modem in the world that is compatible with all three major network standards: LTE, UMTS and GSM. It will give you high speed LTE access and allow you to switch over to UMTS or GSM without a problem when LTE is not available.

The E398 is also specially designed to address requirements for operators to introduce commercial LTE services with flexible evolution roadmaps. Look for it to hit Sweden initially from Net4Mobility. 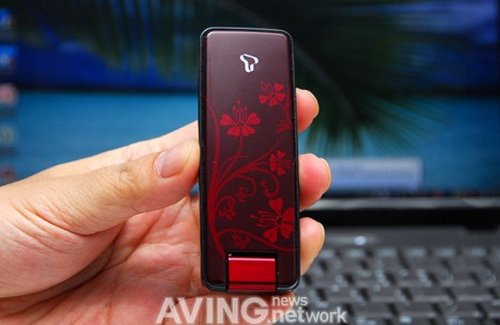 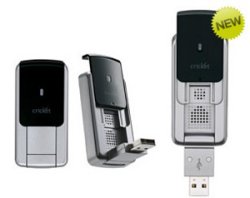 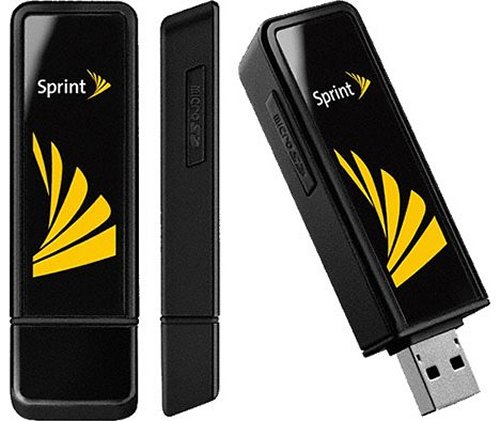 Sprint just rolled out the Sierra Wireless Mobile Broadband USB Modem 598U complete with Sprint logo, offering users a compact and reliable mobile solution to connect to the Internet from anywhere. This is a EV-DO Rev. A-compatible device that boasts average download speeds of between 600 kbps and 1.4 Mbps, while upload speeds average 350 to 500 kbps.

The 598U is also compatible with EV-DO Rev. 0 and 1XRTT technology just in case you’re in an area where EV-DO Rev. A is unavailable. Some other features include an integrated GPS receiver and a microSDHC memory card slot (up to 32GB) for expansion. How much does it cost? 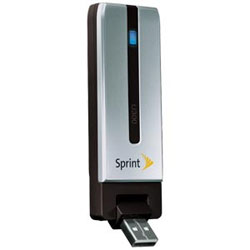 Sprint isn’t in a good place right now. It’s losing customers as its service quality drops and other providers improve and Sprint’s is in a bad financial situation to boot. The cellular arm of the phone giant bet big on WiMAX and repeatedly had to scale the service back.

Sprint has introduced its first 4G/3G modem that can operate both on its 4G WiMAX network and on its nationwide 3G broadband network. The modem connects to a PC via USB and on Sprint’s 4G network provides download speeds of up to 4 Mbps.

Both bend over backwards, being backward compatible with UMTS, EDGE and GSM networks the world over and they’re being called durable, because there are no little plastic pieces to break on you and make you curse. The AirCard 501 is scheduled for release later this month, but if you’re interested in the AirCard 502 you’ll have to wait until early 2009. 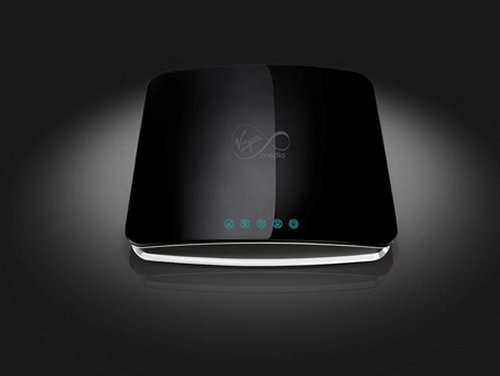 50Mbps connection seems like a dream, but it’s soon to be a dream come true for Virgin Media subscribers. They’ve announced the sleek and super-fast DOCSIS 3.0 broadband modem that goes with the speed.

With this beautiful mini-monolithic device you’ll be able to attain the full 50Mbps speeds to download MP3 tracks in under 1 second flat and scatter photos to the far corners of the Earth in nanoseconds. UK users will be able to get the package at the end of the year. The rest of us will just have to wait. Hey, they may have speed, but let’s not forget, they are still driving on the wrong side of the road. So…You know. We rule. 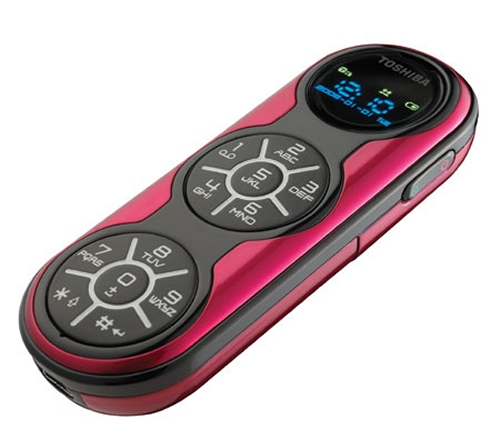 The Toshiba G450 USB modem is certainly one of the more interesting looking devices we’ve seen with its two part keypad and OLED display. The top circle covers half of the dialing keys and the bottom covers the other half to round out the 3-circle design on the small stick.

The primary purpose of this device is to act as a wireless modem to connect via USB to your laptop or other mobile device and bring on an internet connection. But there’s more. If you connect with a headset you can use the G450 as a GSM phone in a pinch, but it’s not going to have all the fun features you’d expect from a regular mobile phone. It also has 160MB of internal memory to store some MP3s and can awkwardly send and receive SMS messages through a 96×36 px OLED display which has decent sized text, but just not a lot of it.