Posted in Outdoors by Conner Flynn on February 14th, 2011 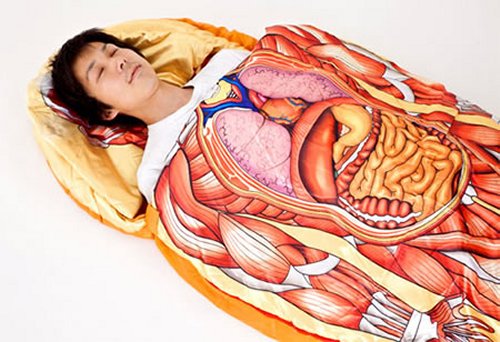 We’ve seen plenty of neat sleeping bags here at the Brick, but this is one I wouldn’t take camping. This thing is sure to attract animals, who think they can see your insides and pick your bones clean. Use it at your own risk.

The anatomy model sleeping bag is now available for sale. Maybe young doctors in love can get a pair and geek out, naming all the organs to each other at night. We say it’s just gross. 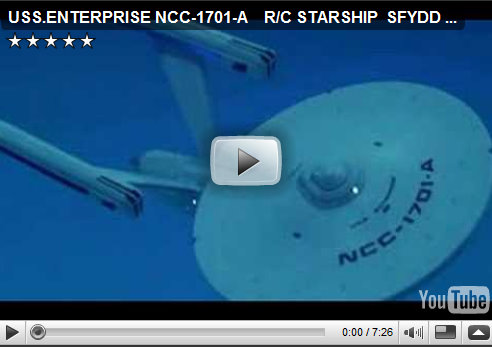 Since you can’t actually fly the Enterprise through space, this is the next best thing. A submarine version of the Enterprise that can explore the deepest depths of your swimming pool, by Japanese model maker Starfleet Yokosuka.

It’s a 1/350 scale model. Of course all of the life that you encounter will be marine life, but at least you won’t run into any Klingons. Don’t worry, Kirk can still find a mermaid or two to shag.

All you Richie Rich’s who love Star Wars better pay attention. Over at eBay you can drop a fortune and bid on one of four original T.I.E. Fighter models that was actually used in the filming of Star Wars Episode IV: A New Hope.

More specifically, this is the Fighter that ran into Darth Vader so Luke could blow up the Death Star. It was constructed from resin and cannibalized parts from other model kits. The auction doesn’t begin until August 1st, but as the world’s richest nerd, you’ll want to get ready. The starting price is $170,000. After you win it, you can hang it over the dining room table and make pew pew pew noises while eating your steak tar tar.