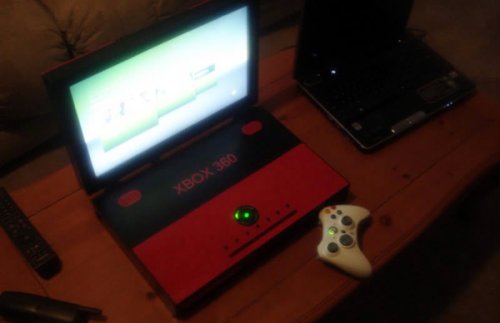 Xbox 360 laptop? Normally when you hear about such a thing you think Ben Heck. Amazingly enough, this is the work of someone else. It is the creation of CollinE from Ben’s forums.

We love the red and black color scheme and the giant X on the top lid. This 360 stays true to the original console in most respects, even the “wind tunnel” noise generated by Collin’s five fans. If you want to try your hand at this, a video tour of the hardware is available. 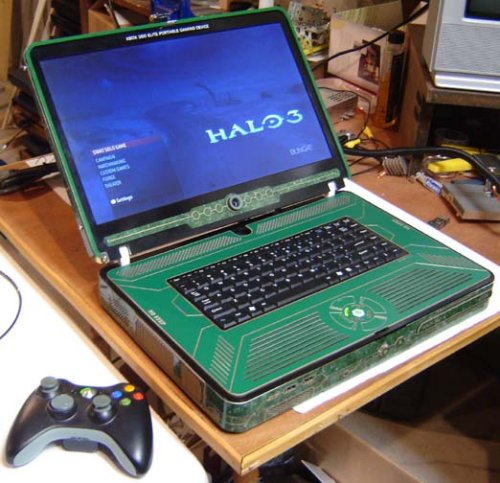 If you don’t know Ben Heckendorn, the man will modify any game console. Nothing is safe from his artist’s hands, whether he’s making an old Atari 2600 into a portable unit or making an XBox 360 Elite laptop. Basically, the man is a modding God.

Now, he’s turned an Xbox 360 Elite into a laptop, a portable gaming system that can be taken anywhere. The screen has a resolution of 1280×720 which allows for 720p HD viewing, and it has an Xbox camera built in. I’d love to own one, but it’s a custom creation. You won’t be able to buy it anywhere anytime soon. Unless of course you were to commission one.