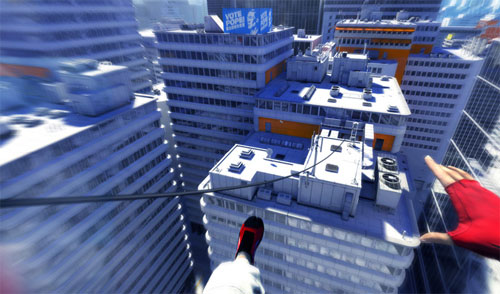 One of the coolest games that was available for the PS3 and Xbox for the holiday season in 2008 was Mirror’s Edge form EA. The game is called a first-person action adventure and has players taking the role of Faith as she runs, jumps, and slides across the rooftops of a future city.

EA has announced that Mirror’s Edge has now shipped for the PC. One of the big changes from the console to the PC is that the PC version fully supports NVIDIA’s PhysX physics processing to bring more features and realism to the game.