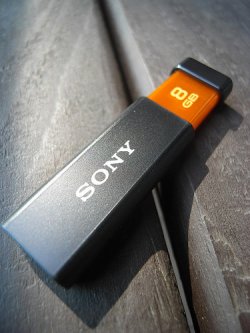 A good way to sell drives is to repackage them with preloaded special edition movies or music content. That’s what Sony is doing with their Microvault USB flash drives. The company has unveiled a number of movie titles that will be available in their MicroVault USB drives, as well as some music.