Posted in Keyboards by Conner Flynn on January 23rd, 2011 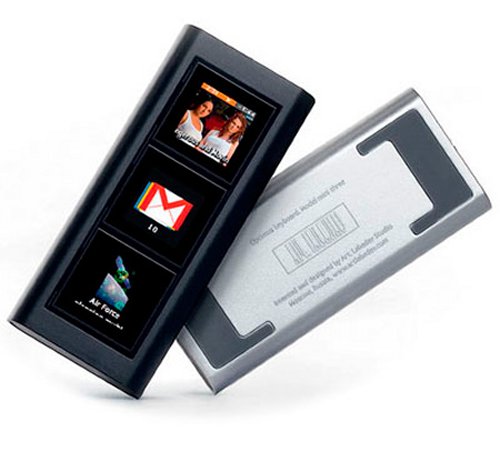 It’s been a while since we’ve heard anything from Art Lebedev, but now we hear that it has been working on a new companion keyboard for this year. The Optimus mini six is a keyboard-side companion like the mini three. We don’t have many details at the moment, but we do know that it will use the same in-key screens of the Optimus Popularis.

We also don’t have any idea on when it will launch either. The full-size Popularis keyboard was supposed to ship by the end of 2010 but was delayed by a “recent financial crisis,”. They will now ship the mini six ahead of the Popularis sometime in 2011.