Posted in News by Conner Flynn on September 21st, 2009 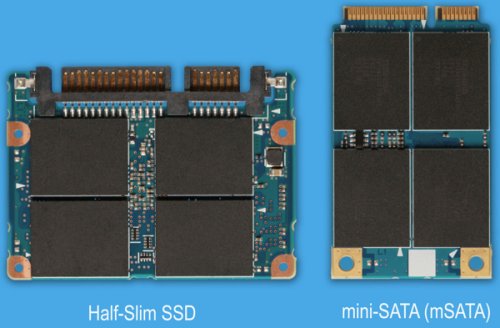 Netbook SSDs have come in several forms, but finding the right model for your machine is about to get much easier thanks to the SATA-IO working group having just announced a new mini-SATA standard called mSATA that should get it all uniform and reduce it’s footprint some.

Toshiba’s the first now with 32nm drives in 30 and 62GB sizes, but you can expect to see mSATA drives and machines from a bunch of big names in the future. Players like Samsung, Dell, HP, SanDisk, Lenovo, and STEC. We can all hold out hope that standardization will lead to lower prices as well.