Posted in Text Messaging by Reuben Drake on July 7th, 2011 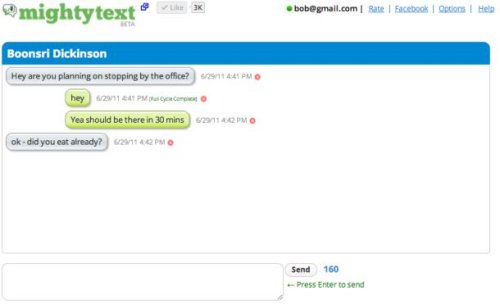 Maybe you forgot your phone at home. No need to drive home and get it. Texts and calls can just be routed to your computer and inside Google Chrome. We aren’t talking about Google Voice, but it’s similar. MightyText will route calls and text messages into Google Chrome instead of sending them to your email. Pretty handy when you lose your phone or leave it behind.