Posted in Games by Shane McGlaun on November 20th, 2008 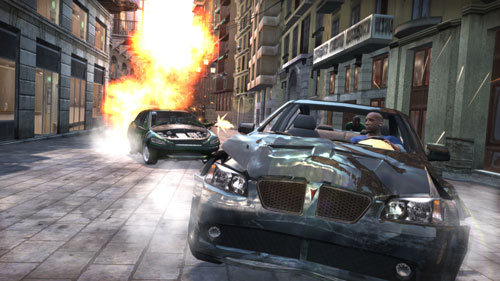 When you think of actor Vin Diesel several different films probably come to mind, including some of his first work in the Fast and the Furious franchise. With video games quickly rivaling blockbuster films in sales, it’s no surprise to see familiar movie stars popping up in video games.

Yesterday I mentioned Need for Speed Undercover, which will feature massive hottie Maggie Q as a main character. Actor Vin Diesel is not only the main character in the Midway game set to hit store shelves on February 20, 2009 called Wheelman, he is producing the game as well.