Posted in Tablet PC by Conner Flynn on December 1st, 2010 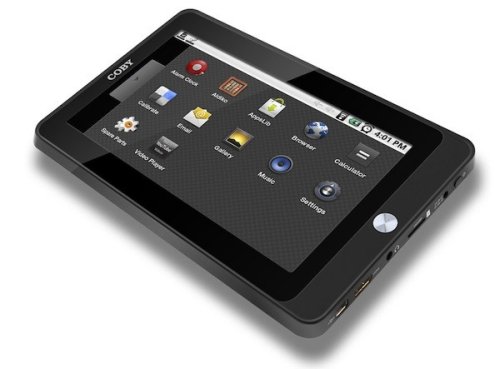 Coby’s been selling an Android tablet on the Home Shopping Network for a few months, but now it has just released another model that’s available at retailers across the country. The Kyros MID7015 is a $250 Android tablet that packs in a 7-inch resistive touchscreen.

There’s also Android 2.1 (with apps from the AppsLib marketplace), 4GB of built-in memory, a microSD card slot for expansion and an HDMI port to output full 1080p video. It’s about what you would expect from Coby at that price.