Posted in SSD by Shane McGlaun on December 3rd, 2009 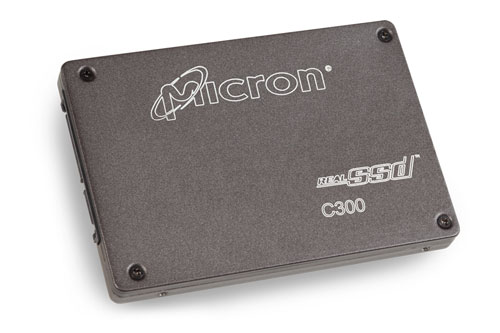 Back in August I mentioned the Micron C200 SSDs had tipped up with snazzy etched cases and good storage space. Micron has announced the next in its RealSSD line today called the C300 series.

The new series uses the SATA 6Gb/s interface making them some of the fastest SSDs ever. The new drives promise a read speed of up to 355MB/s and write speeds of up to 215MB/s. The drive scored 45,000 on the PC Mark Vantage HDD suite. 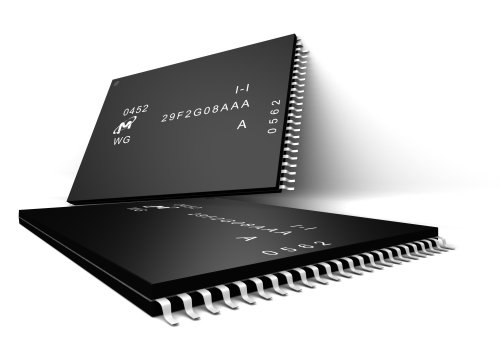 Intel and Micron’s joint venture in NAND flash technology, IM Flash Technologies, has announced mass production of 34nm, 32 gigabit multi-level cell NAND Flash device. This move puts the company in the lead of Flash technology ahead of the likes of Samsung and Toshiba with the only monolithic 32 Gb NAND chip that fits into a standard 48-lead thin small-outline package (TSOP).

The companies stated in the announcement that the development of the technology process is going along well and is actually ahead of schedule with the ability to provide companies to create greater capacities of NAND Flash memory for devices like cameras, phones, media players and computers at a lower production cost than what is currently available. 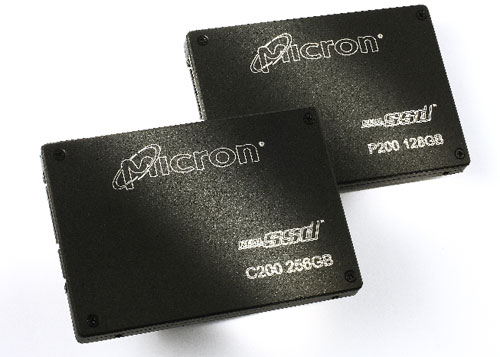 Micron is a big name in the flash memory and storage world. It announced a pair of new solid state drives (SSDs) today called the RealSSD P200 and the RealSSD C200. The two drives are aimed at distinctly different markets and use different technologies.

The RealSSD P200 has the performance, power, and reliability that are needed in the enterprise environment. The P200 uses Micron single-level cell NAND technology and uses a 2.5-inch form factor. Storage capacity for the P200 line ranges from 16GB to 128GB and the drives use the 3Gb/s SATA interface. Maximum read and write speed for the P200 line is 250MB/s. The P200 SSDs are good for up to 2 million hours mean time between failure.