Posted in Handheld Entertainmnet by Conner Flynn on May 16th, 2008 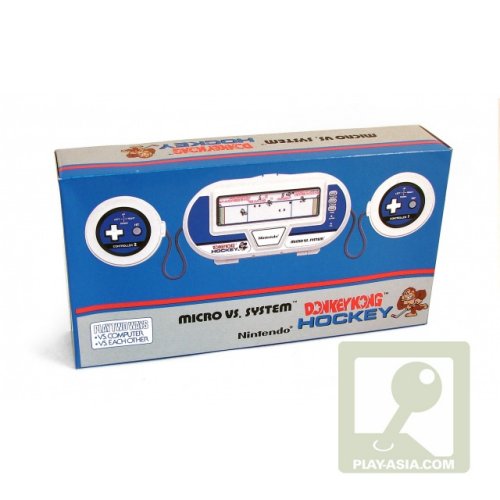 I don’t know about you, but I’ve always wanted to play hockey with Donkey Kong. It’s just a dream of mine. I’m a geek. I know he wouldn’t perform well on the ice since he’s so big, so I know I can save the Princess. I’ll finally get my chance.

The Micro VS System was released in 1984 and is one of the earliest consoles that let’s you play against another player and with DK. With the console’s two handhelds, two players can join a game by sharing the screen between them. They are pretty hard to find, but the good news is that Play-Asia.com got hold of a limited quantity of brand new factory sealed consoles. Better hurry.