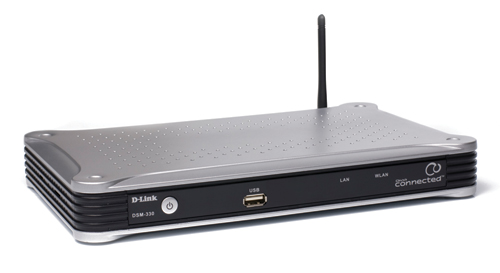 D-Link said today it is ready to debut its first “DivX Connected” device in the United States. It is called the D-Link MediaLounge DSM-330 and pricing is set around $300.

The D-Link MediaLounge DSM-330 is a high definition media set-top player which uses DivX Connected as “a  powerful, open media platform that allows consumers to experience and control PC-based digital media on their television using a remote control.” This device, like similar players, lets one stream digital media content from a PC to a television.