The Xbox 360 Media Remote has been announced. Media playback controls include all of the usual like play/pause, skip forward, fast forward, skip back, fast back, and display to control DVD, CD, or streamed media.

As far as TV controls, there’s power on/off, volume up/down, mute and TV input. So it’s pretty much your standard remote with some XBox flare. The menu navigation controls include A, B, X, Y buttons, D-pad navigation, back and select. It will be available for $19.99 in early November. 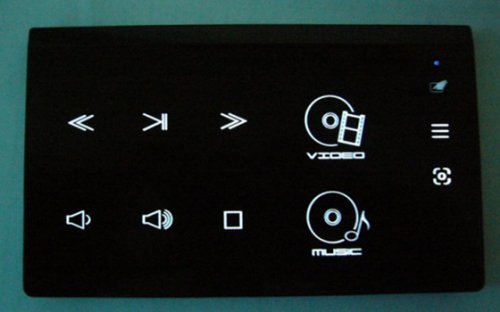 The Acer Media Remote is a compact touch device to control media playback. It has all of the usual functions like Play/Pause, Forward/Back, Volume, Mute etc. And it can also be used as a trackpad, to move your mouse cursor. If you use a PC as a Media Center in the living room this is a good thing.

The RMTP-S1Q connects to PC via an RF dongle and has a range of 8 to 10 meters. It also has a rechargeable battery as well, so you don’t have to mess with AA batteries and the controls are still visible when it is off.