Posted in Media Players by Conner Flynn on July 20th, 2011

Looking for a new media player? AMEX Digital has unveiled the MP-G7 Media Gate Android TV media player. This device is powered by a dual-core ARM Cortex processor and will deliver full HD video output over HDMI. The AMEX Digital MP-G7 also supports USB devices, like a keyboard and a mouse of course.

Some other specs include a 2.5-inch hard drive, an SD memory card slot, Ethernet and Wi-Fi connectivity. The AMEX Digital MP-G7 Android TV media player will cost you about $200.

Cirago recently released their CMC3200 media player and their NUS2000 USB network storage link. The new CMC3200 media player is being called the only 1080p system and it will deliver up to 2TB of storage space, with a Wi-Fi adapter and a year’s worth of PlayOn. The price is $299.99.

The NUS2000 Link+ adapter will deliver remote access capabilities to up to four USB-connected storage devices and will cost $100. Do either of these sound good to you? Then bring them home.

iRiver’s next generation portable media players has been unveiled. Made for the Korean market, the U100 features a 3.1-inch, 320×480 touch screen, and built-in memory from 4GB, 8GB and 16GB sizes. The device comes in a several colors, including black, green, pink, black with pink accents and black with green accents.

Other features include Wi-Fi, a microSDHC slot, an FM Tuner and broad file format support for audio, photos and video. It also supports playing 720p video, though as you might expect, the display limits the output. It is sure to be trendy in Korea.

Asus has launched its O!Play Mini to its O!Play media player range. The Mini drops USB 3.0 support, but still has the ability to output video at 1080p. It features a single USB 2.0 connector and a multi-media card reader with support for SD/MMC/MS/XD cards. 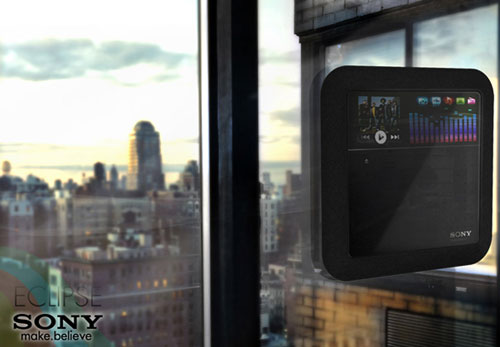 I like a nice concept product because it lets us have a glimpse at what the gadgets of the future might look like. I have no doubt that at some future date solar power will be the main means of powering all manner of electronic devices. Today isn’t that day though with solar panels that are generally unable to power much of anything quickly or for a long time without room for a very large solar panel.

A new concept media player has surfaced that has the Sony brand. It’s not an official Sony concept apparently and it is called the Eclipse. The Eclipse has a solar panel on the back that gathers all the power the thing needs to operate. It has integrated speakers and a touchscreen for viewing video content. 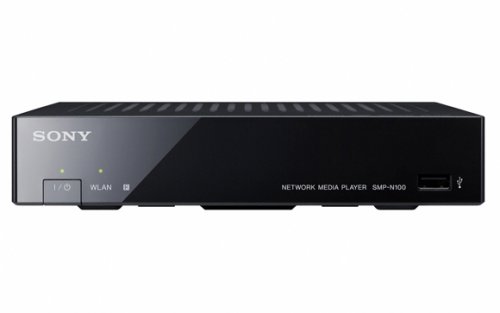 Sony has just introduced the SMP-N100 network media player in the UK. It will allow you to access Bravia Internet video, using Wi-Fi and DLNA support. This makes it similar to Apple TV, allowing you to stream content via Wi-Fi throughout your home from the Sony SMP-N100 directly.

You can access YouTube, the BBC iPlayer and Demand Five, and films. Content Noise Reduction is built in to improve the quality of streamed video. It will hit the UK market next month for about £120. 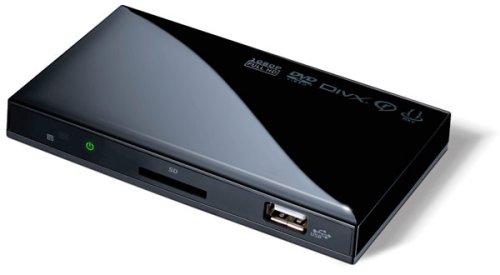 Amex Digital’s latest is the smallest media player to actually handle 1080p. The device measures just 175- x 128- x 15mm and weighs just 250 grams. The player can accept a range of file formats from a connected USB storage device or an SD card.

It will also output 1080p over HDMI, and there’s a composite video / audio output and mini-USB port in the back. The MP-501 is equipped with an ARM Cortex-A8 processor and will play nice with nearly every file. The best news is that it is just $49. 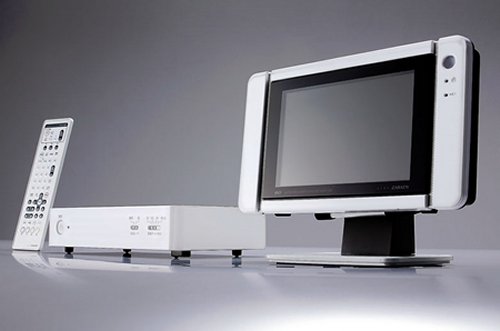 Here’s the latest AV product designed for the bathroom. It comes from a company called Twinbird and they’ve got a new waterproof video system for the bath that can be submerged under 1 meter of water for half an hour. Should you want to watch underwater anyway.

It’s called the Link Zabady and includes a 7-inch display that features an 800 x 480 pixel resolution. It also comes equipped with an SD card slot that you can play media from and stereo speakers built-in. The battery life offers up to 3.5 hours of non-stop video playback. That’s one long bath. 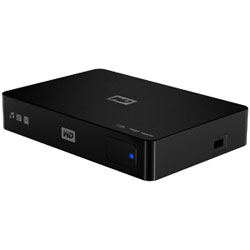 Western Digital has unveiled a new product that hits two digital media birds with one stone. The device is called the WD Elements Play, can store lots of media, and lets you view that media on your TV.

The device is a smallish square box measuring 1.6″ H x 8.9″ L x 5.9″ W. Inside the black box hides a HDD of 1TB or 2TB capacity allowing for the storage of lots of digital files and video in various formats. 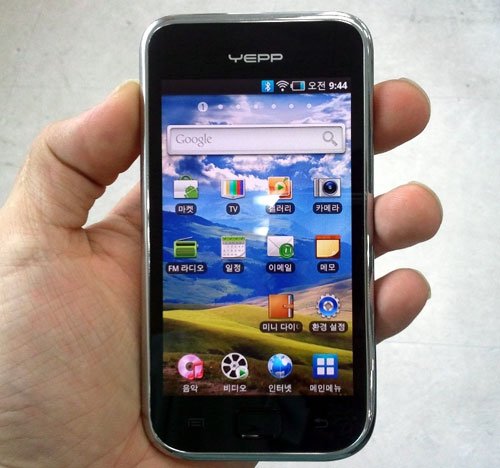 The Samsung YP-MB2 iPod touch competitor has been making its way around the net, seen in blurry videos, but now the device is apparently getting close to being official. I mean, just look at this much clearer picture of the device.

Looking at the picture, it definitely resembles the Galaxy S, but there is no front-facing camera and proximity sensor. Looks like the YP-MB2 features a lower resolution camera, 3.2-megapixels. This one is expected to be announced on August 11th, and it should be offered in capacities from 8GB to 32GB. 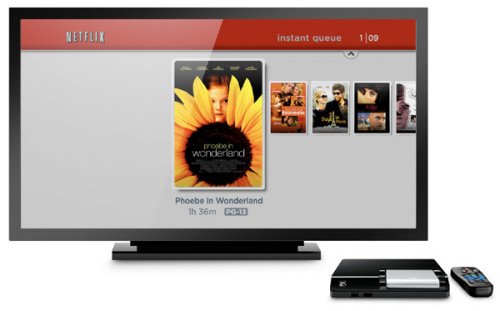 Seagate’s FreeAgent Theater+ HD media player now has support for Netflix’s Watch Instantly. A free firmware update will enable the player to stream Netflix as well as content from YouTube, vTuner and Mediafly. This device just got a whole lot more competitive.

The unit also doubles as a UPnP / DLNA streamer to play content stored on networked PCs and drives, and you can get one for around $100 without a FreeAgent HDD. 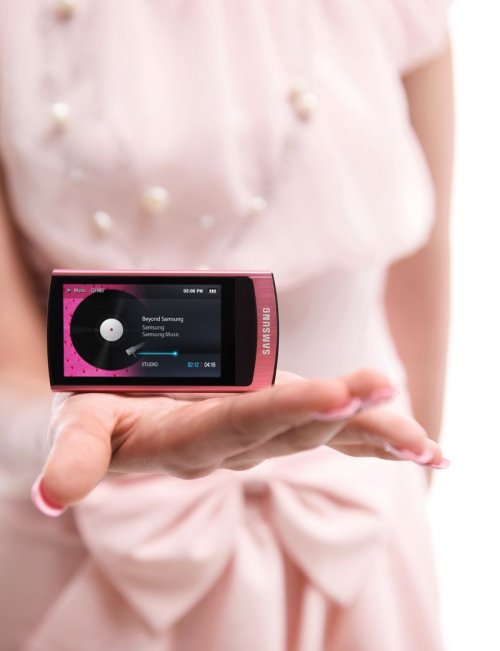 Some other features include an integrated FM radio and recorder, Bluetooth and it will last for up to 50 hours for audio playback or 4 hours for video. here’s also DivX support for video files, as well as Samsung’s Digital Natural Sound Engine (DNSe) 3.0 sound enhancement technology. 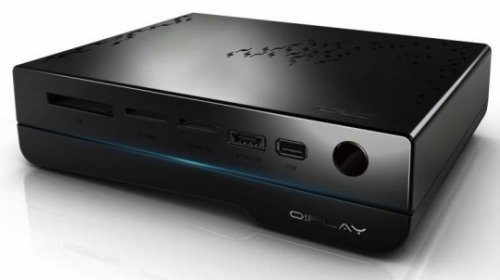 ASUS has added a third model to their O!Play mediaplayer range, the ASUS O!Play HD2. Sadly we don’t have any information. Just the name, with no specs. However the photo reveals USB, eSATA and various forms of memory card reader.

Assuming that the O!Play HD2 is similar to the two models that have gone before it, we would guess 1080p HD video output via HDMI with networking support, either ethernet or 802.11n like the O!Play Air HDP-R3. Hopefully we will have full specs soon.

I mentioned the Zaggbox media player back in late October 2009. At the time we didn’t have many details on the machine other than it was going to debut at CES 2010 and would be about $1000. Zagg has gone official now with the device and is giving up the goods.

The ZAGGbox is packed with connectivity for connecting to local TVs. It is also designed to stream media to smartphones via UPnP, video Podcasting or a built-in web server. The device will launch along with an iPhone app as well for streaming content. 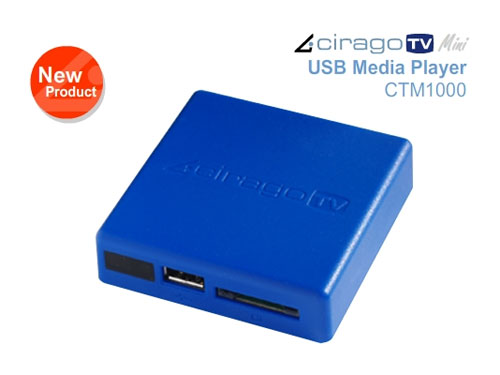 Media players are usually not what we would consider to be tiny devices. They tend to be big to cram in all the hardware and tech needed to make them function. Cirago has announced a new and tiny media player called the CiragoTV Mini.

The little device is a 3-inch square that is only .7-inches thick. It can be plugged into the TV via an HDMI cable or with the standard AAV out cable. The smallish player supports 720p and 1080i HD resolutions. Despite the small size, the player has built-in memory card reader and USB connectivity.