Posted in Automotive by Conner Flynn on July 9th, 2008 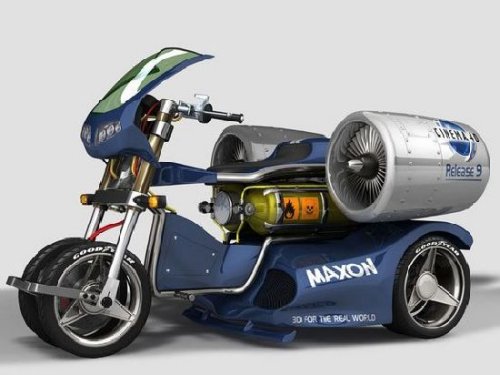 MAXON announced their free update for Cinema 4D in May and they’ve got a lot of fans. It has nearly 40 improvements over R9.5. Some people are crazy about it.

One of Maxon’s fans went to a lot of trouble to create a bike inspired by the technology. The Power Racer sports a Maxon themed body, two large jet engine looking cylinders and an awesome look. I don’t know about Maxon, but I know I want this bike/trike/jet thing in my garage.