Posted in Concepts by Conner Flynn on May 8th, 2008 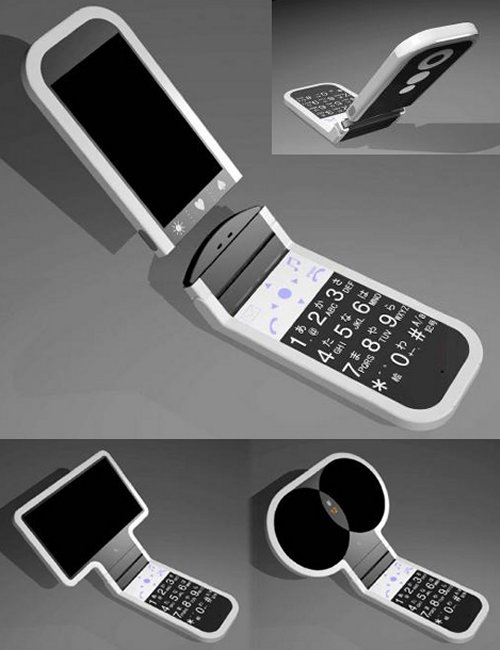 This cell phone concept seems to be imitating the Wii, as it’s all about attachments. Which makes for a very interesting device. Cuusoo has produced a concept that’s practical and well designed. Japan-based designer Marimo-san created the concept.

It’s a cell phone that would allow the user to remove the screen of the phone, allowing video phone calls on the go. Marimo-san has several versions of what various attachments might look like, including a widescreen PC-style to dual screen video viewer. It’s an idea that might speed up the convergence of the PC and the cell phone, so who knows, we may actually see this one in the marketplace.