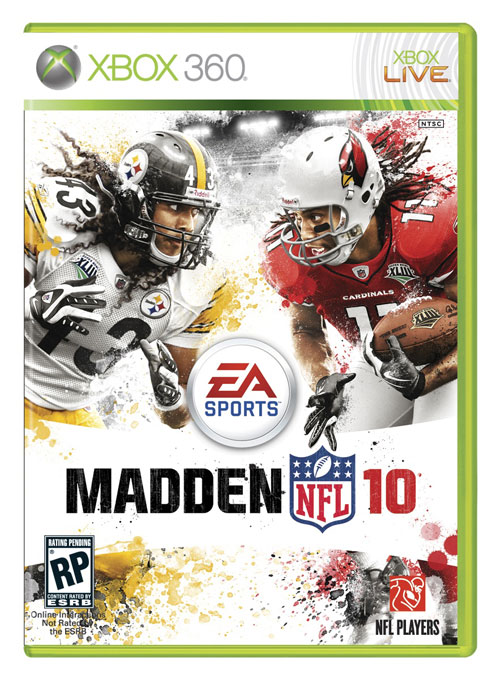 Gamers all have their own personal genres that they tend to enjoy most. If you look at a list of the top selling video game franchises a few of them are surprising like The Sims, but many are no suprise at all. Among the most popular and unsurprising franchises out there is EA’s Madden NFL franchise.

EA has announced the cover athletes for the latest version of the game called Madden NFL 10. The game is set to hit store shelves for the PS3, Wii, and Xbox on August 14. Version 10 of the game is the first to feature two athletes on one cover.