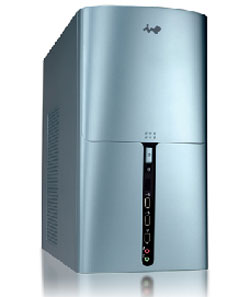 Most users will agree that a Mac computer costs more than a similar Windows based system. One reason for the increased cost of Mac systems is that Apple doesn’t license its operating system. This means that you are only supposed to be able to get the Mac OS on complete computers built by Apple. That little fact doesn’t stop some from trying to make Mac clones– like Psystar.

The problem with firms like Psystar that try to sell Mac clones with the Mac Os pre-installed is that it breaks the software license and leads to Apple suing the firms into oblivion. A company called RSOL PC has announced a new computer called the Jive that it says is Multi-platform capable. The Jive machine can be had with no OS or pre-installed Windows, Ubuntu, and Fedora.