Posted in Automotive by Conner Flynn on July 10th, 2008 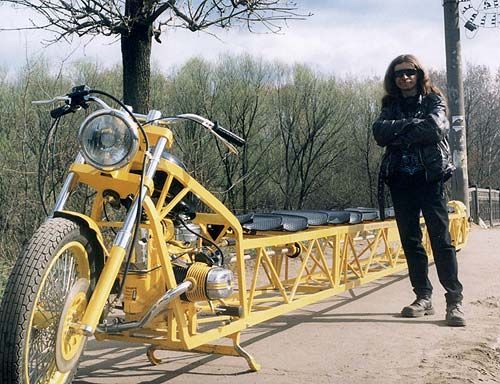 Apparently the creator of this monstrosity took a page out of the electric bike train book. It’s for those with a large family or lots of friends who have no bike of their own. If you’re a biker in Utah and you’ve got like ten wives, why not take them all for a spin.

This thing has about 15 seats and looks like a giant erector set project. I’m guessing the turns are taken really wide, with everyone’s feet involved. And how much power does it actually have lugging all that extra weight around? I have no idea. But it sure is long. Yep. Long and yellow.

END_OF_DOCUMENT_TOKEN_TO_BE_REPLACED
Permalink | Comments |
Posted in Concepts by Conner Flynn on May 21st, 2008 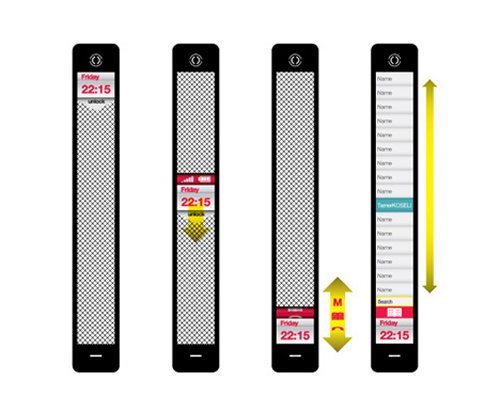 I’m going to refrain from doing size doesn’t matter jokes, or perpetuating various stereotypes. Instead I’m just going to say that smoking crack while designing phones is not a good idea. The NEED Phone(As in I need a smaller damn phone) is the longest mobile phone concept we’ve seen yet.

You won’t find any extra features, aside from the fact that it makes a nice weapon. You won’t find a MP3 player, or video capabilities, or even a camera. It does have a touchscreen. In fact, it’s got 2 touchscreens. One is an OLED that displays basic info, while the other is where you do things like scroll forever. This thing is so damn long you could listen to your call on one end while your penis talks it’s head off on the other, for God’s sake.