Posted in Keyboards by Conner Flynn on February 16th, 2010 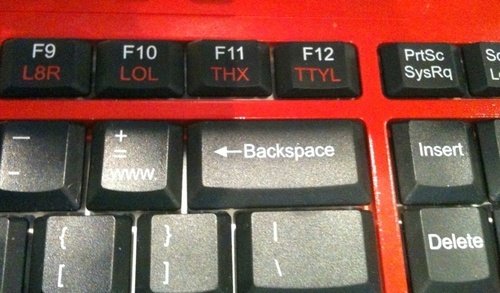 The Fast Finger keyboard is aimed mostly at children, or anyone not comfortable with the QWERTY layout. It’s also for you if you want a shortcut to type things like TTYL, L8R or BRB. It was shown off at Toy Fair 2010 in New York City.

The keys are in alphabetical order, but can also work in the standard QWERTY order instead. The function keys at the top make it easier to type all of those things which are already abbreviated. I guess it’s great for social network website addicts.