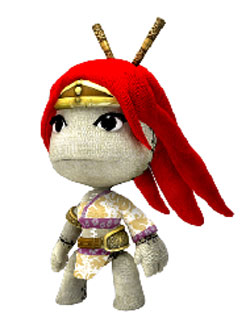 Back in the summer of 2007, I went to E3 and sat through the Sony E3 presentation where they first talked about LittleBigPlanet. When I first heard about the game, I thought it was a rather goofy idea. Now that more details have surfaced it might be a cool game.

Sony Computer Entertainment America has announced that LittleBigPlanet is now shipping exclusively for the PS3. The game features odd sock animal-like creatures that are controlled by the player. The entire world of the game is made from material (fabric and such). Sony describes it as a stitched together material world.