Posted in Acer by Conner Flynn on January 7th, 2011 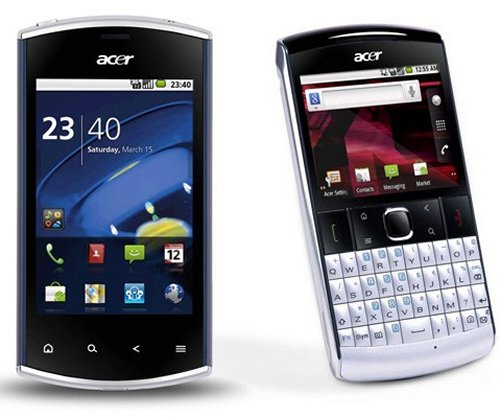 Acer has introduced two new Android-based handsets. The Liquid Mini and beTouch E210 are aimed at entry-level users and both ship with Android 2.2. The Liquid Mini features a 3.2-inch 480×320 touchscreen with a 600MHz processor and a five-megapixel camera.

The beTouch E210 has a smaller 2.6-inch touchscreen, a portrait QWERTY keyboard and a 416Mhz processor. Both are equipped with Wi-Fi, Bluetooth, GPS and FM radios. You can expect them in April and March in the UK. No pricing or plans for a North American release as yet.